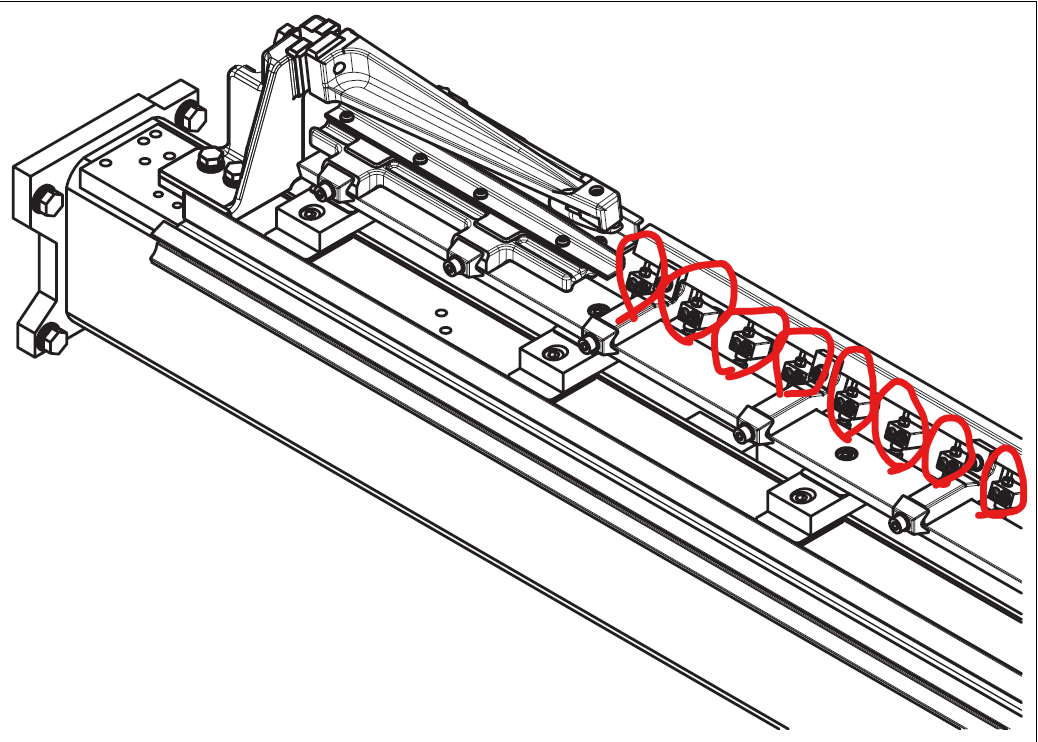 sub-nozzle form is has changed significantly compared to the past and the present.
Let’s look back on the sub nozzle form change history!

It developed about 30 years ago.(1990~2000?)
It is used in the model of JAT600 (Toyota Industries.)
The direction of sub-nozzle air jet has been improved.
However, the air jet direction is significantly different between low pressure and high pressure.

It developed about 5~7 years ago.(2013~2015?)
It is used in the model of JAT810 (Toyota Industries.)
Improved the air jet direction at low pressure, which was a drawback of the reverse taper sub-nozzle.

Pressure and directional behavior are different for each nozzle

As described above, depending on the type of sub-nozzle, the air jet direction of the sub-nozzle changes depending on the pressure.
Therefore, it is possible that this sub-nozzle characteristic is related to the fact that the yarn does not fly well when the fabric is changed.
Conversely, if the latest sub-nozzle is used, it means that you will be freed from detailed adjustment work.